Click Fraser Clareview homes for sale for current listings of houses, duplexes and condos for sale in this Edmonton neighbourhood in the Clareview area. Year to date in 2014, the average sale price for a single family detached home in Fraser has reached $425,054.  That is the highest price that Fraser has averaged on an annual basis, and the first time it has exceeded $400,000 for an average selling price.  It is a large jump from the average sold price in 2013 in Fraser, last year the neighbourhood was only averaging $366,125. These average selling price stats above are calculated on a single family detached home sale; the other property classes such as duplexes or condominiums are not included in these average selling price statistics.  In the upper end / luxury price segment of the Fraser Clareview Edmonton real estate market, the highest price that a home sold for so far in 2014 has been $725,000.  That home was roughly 3400 square feet and on a large pie shaped lot, the basement was undeveloped.     At the entry level end of the price range in Fraser, the lowest sale price for a home in 2014 in the neighbourhood sold for $258,000.  The home that sold was roughly 900 square feet, it was a bungalow and did not have a garage.  On average it takes 57 days to sell a home in Fraser in 2014.  That is slower than the Edmonton average days on market of 40 days this year, and in the entire area of Clareivew, the average time to sell a home this year has been 42 days.  The average selling price for a home in Clareview in 2014 has reached $366,487.  Having a look back to 2005, the real estate property values in the Fraser neighbourhood have went up by a healthy 122%.

Moving over to the condo market in Fraser, condominiums are selling on average for $163,685 and on average it takes 50 days to sell a condominium in Fraser this year. At the high end of the market, the highest price that a condo has sold for in the neighbourhood this year has been $250,000, and the most affordable condo in Fraser sold for $103,000. The Fraser condo complexes that have had units sell in them this year include: Applegate, Beacon Pointe, Carriage Court, Cavalier Court, Northwood Estates and a condo conversion named Victoria Trail Apartments. 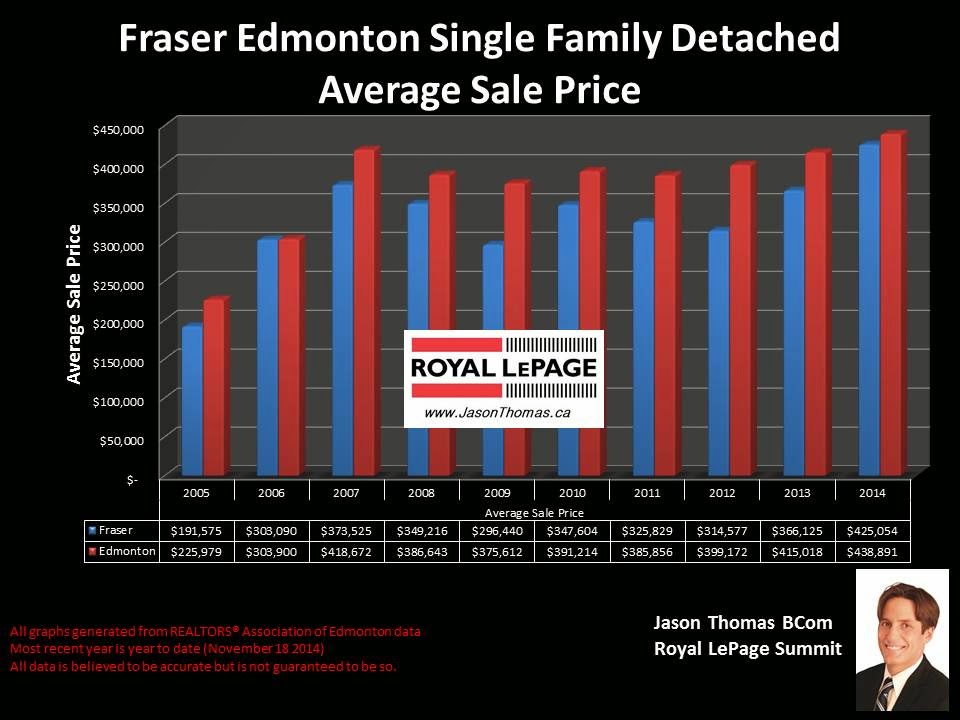