Visit Athlone homes for sale for all listings in this Northwest Edmonton neighbourhood.  The average sale price for a home in Athlone so far in 2014 has moved up to $321,066.  That average selling price is higher than the 2013 in the neighbourhood of $317,576.   The area is an affordable option in the northwest area of Edmonton with good access to the Yellowhead freeway.  The highest price that a home has sold for in Athlone this year has been $460,000.  That home was in the Dunvegan area of Athlone.  Dunvegan is a newer area (most homes were built in the late 1990's and early 2000's) .  At the other end of the price range, the most affordable home sold for $1899000.  That was a small 600 square foot home.  The property values in the neighbourhood do tend to vary substantially in Athlone.  This is due to the fact that there are many basementless homes, which tend to sell for much less, and the newer homes in Dunvegan which tend to sell in the  higher price ranges.  It took 35 days on average to sell a home in Athlone last year.  That is a couple days quicker than the Edmonton average days on market of 38 days in 2014.  The Athlone property values have risen by 78% since 2005.
There was a vacant lot that sold in Athlone, Edmonton this year, that lot value was $150,000 for a lot with frontage of 45 feet.    Moving over to the condo market in Athlone, the average selling price in 2014 has reached $316,700.  The average days on market for a condo in Athlone this year has been 62 days.  The condo complex that had units sell in them this year include the new development Bellwether Park Townhomes. 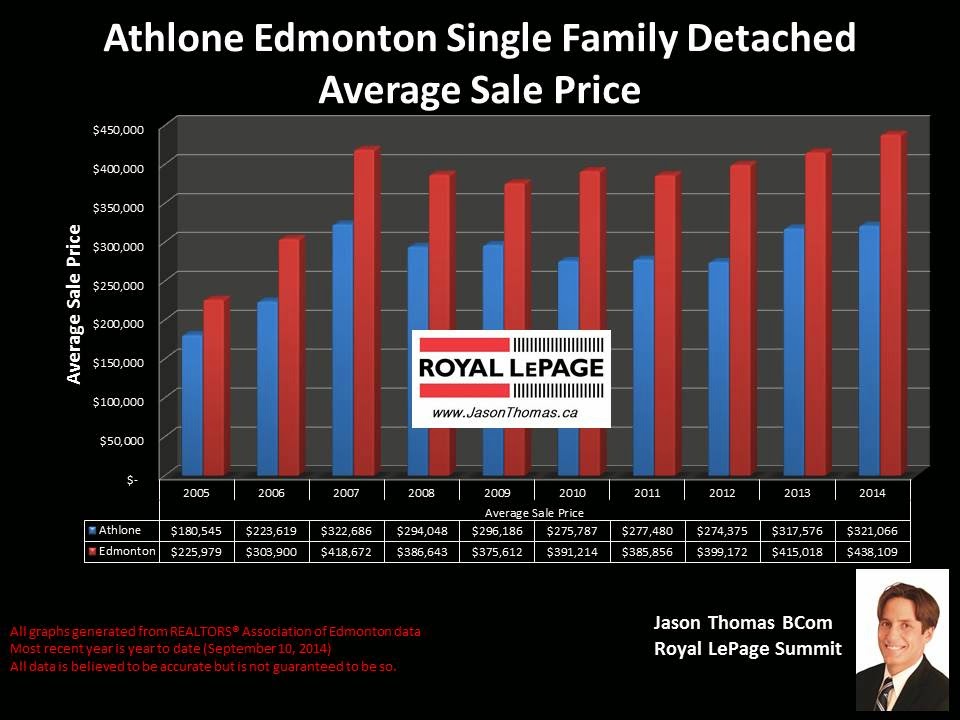