Click on Inglewood homes for sale for active house, duplex and condo listings in this up and coming west central area of Edmonton. So far in 2014, the average sale price for a single family detached home in Inglewood has reached $355,875.  The average selling price in Inglewood has really been rising over the last few years and is substantially up over 2013's average sold price. The Inglewood area has seen a higher and higher number of infill properties being built. The average sale price in Inglewood was $313,271. These average selling price values are based on what a single family detached home sold for in Inglewood, the other types of properties such as duplexes or condos are not included in these statistics. In the high end / luxury price segment of the Inglewood Edmonton real estate market, the highest price that a home sold for so far in 2014 has been $523,500. That particular sale was for a 2300 square foot home that was extensively renovated. The most affordable house in Inglewood in 2014 has sold for $245,000, and that sale was for a home that was basically just lot value.  On average it is going to take 27 days to sell a home in Inglewood Edmonton year to date, that is quite a bit faster than the Edmonton average days on market in 2014 of 36 days.  Since 2005, real estate property values in the Inglewood Edmonton neighbourhood have appreciated by a very respectable 99%.

Duplexes and townhomes are making up more and more of the market in Inglewood.   A good number of duplex style homes have been built recently in Inglewood .  In the Inglewood Edmonton duplex and townhouse market, the average sale price in 2014 for a duplex/townhouse has been $416,257 and the average time to sell a duplex has been 56 days in the neighbourhood.  The highest selling price for a duplex in Inglewood was $735,000, and the most affordable duplex sold for $306000.  Roughly 75% of the duplexes sold in 2014 in Inglewood were built in the last 2 years.

Finally, moving over to the Inglewood condo market, this market segment now has an average selling price year to date in 2014 of $151,093. It is taking on average 47 days to sell a condo in this neighbourhood this year. Many of the condos in Inglewood are rental conversions and therefore lower priced units.  The condo complexes that have had units sell in them this year in Inglewood Edmonton include: Acadian House, Carrington Terrace, Hamilton House, Premier City Park and Tiffany Place. 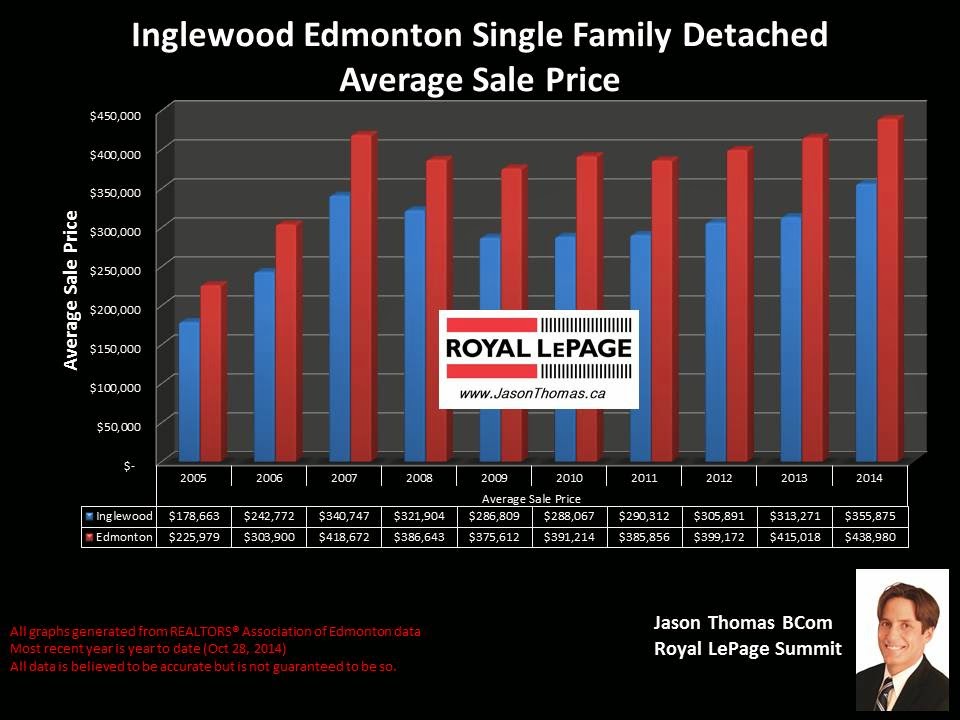