Click on Fulton Place homes for sale in Edmonton for active MLS® listings of houses, duplexes, townhomes and condos for sale in this south Edmonton neighbourhood.  As we move to the end of 2014, the average selling price for a single family detached house in Fulton Place for the 2014 calendar year is currently sitting at $386,876. Comparing this number to last year, the average sold price in Fulton Place in 2013 was $383,672.  That is a small 0.8% increase in selling price on an annual basis.   That percentage increase in property values in Fulton Place lags behind the Edmonton average selling price increase of 5.8% in the same time frame.  These average sale price amounts above are based on a single family detached home sale; the other property classes such as duplexes or condominiums are not included in these average selling price statistics.    In the upper end price market segment of Fulton Place Edmonton, the most that a home sold for so far in 2014 has been $655,000.  That home sale was head and shoulders above the 2nd highest sale in Fulton Place which was just under $500,000.   The $655,000 home sale was a large 2650 square foot two story with a double attached garage.  The home had been extensively renovated in the 1990's.  Moving over to the entry level end of the real estate market for Fulton Place,  the most affordable priced home sale in the neighbourhood sold for $285,000.  That home was just over 1100 square feet, was a bungalow with a single garage and it was also located on the busier 50th street. On average it has been taking 28 days to sell a home in Fulton Place, Edmonton this year. This is a quite a bit faster than the Edmonton average days on market of 40 days in 2014.  Going back to 2005, Fulton Place real estate property values have appreciated by 66%. 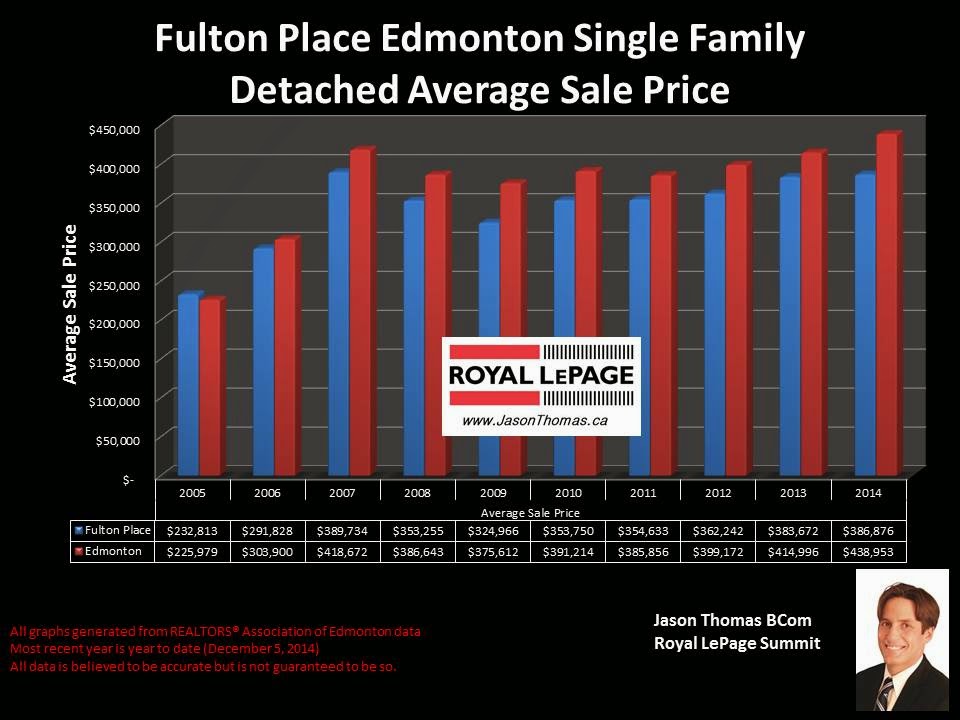 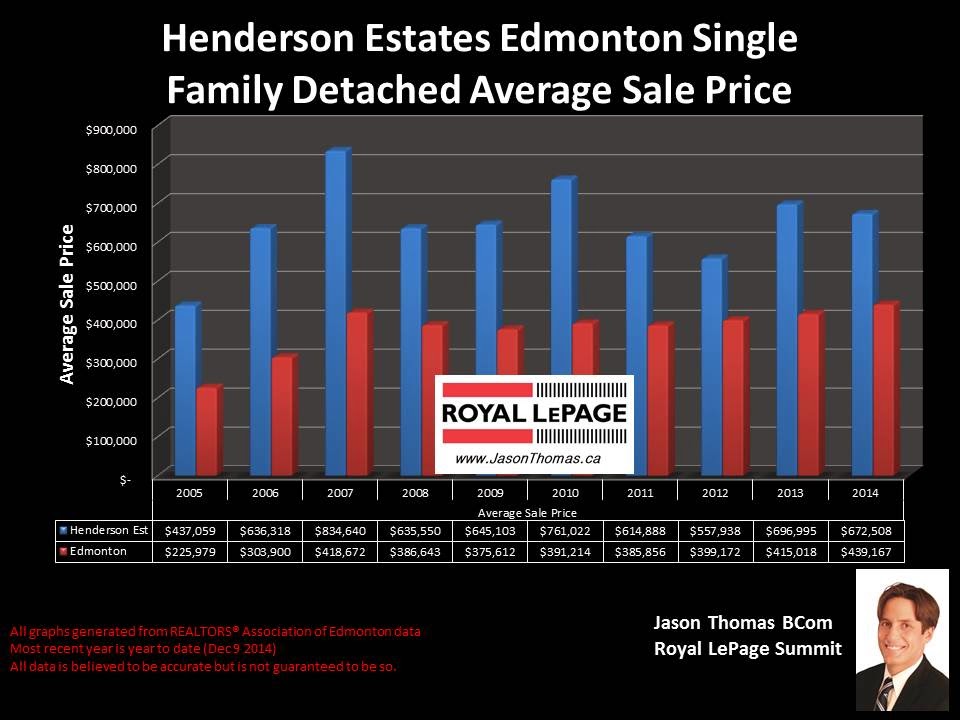