Now, looking at the duplex / townhome market in Queen Alexandra, the average sold price for a duplex has been very strong at $590,340.  The vast majority of those duplex sales were larger units that were infills built in the last 2 years.  The average time it takes to sell a duplex in Queen Alexandra this year has been 50 days.  The highest price that a duplex has sold for has been $699,880 this year, and the most affordable duplex sold for only $498,000. 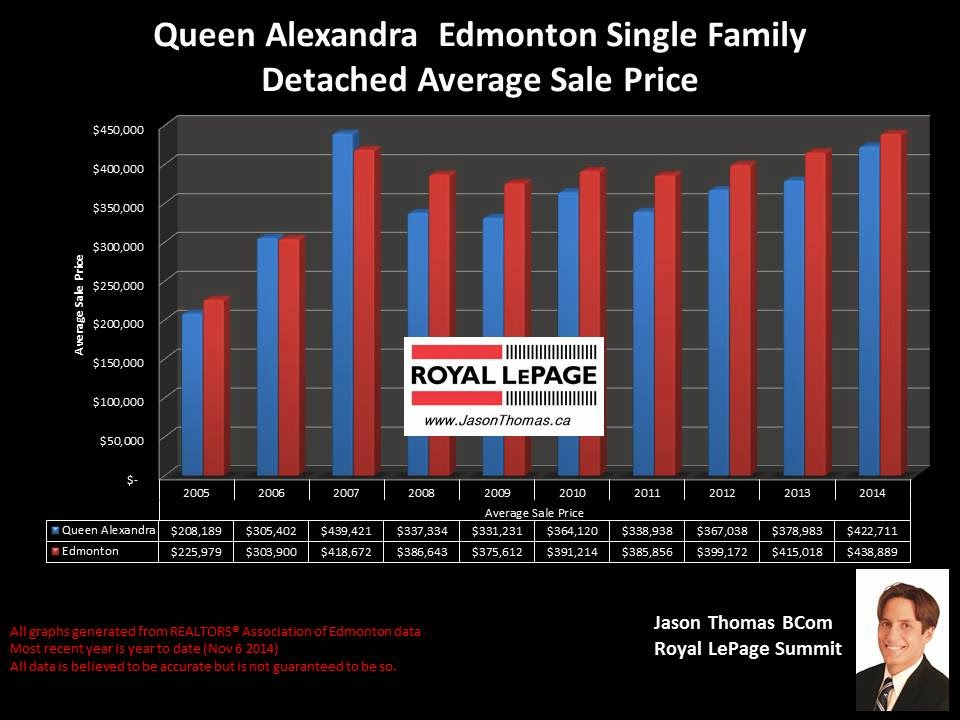