Visit Cumberland homes for sale for all the currently listed properties in this Skyview Edmonton neighbourhood.  So far in 2015, the average selling price for a single family detached home in Cumberland has been $375,925.  That price is off the 2014 average sold price in Cumberland of $401,988.  Most of the sales in 2015 in Cumberland have been of homes with back lanes which tend to sell for less than homes with the front attached garages.  The highest sold price for a home in Skyview in 2015 so far is $458,500, in contrast last year the highest selling price in the community was $590,000.  The average time it takes to sell a home in Cumberland this year has been 38 days, in 2014 the average was basically the same at 39 days.  The Edmonton average days on market in 2015 year to date is 42 days.

Moving over to look at the condo market in Cumberland,  the average selling price for a condo in Skyview last year was $223,681, with an average time to sell a Cumberland condo of 56 days.  So far in 2015, Cumberland condos have an average sold price of $237,071 and are selling in 55 days on average.  The condo complexes that have had units sell in them in Cumberland over the last 12 months include: Carlton Pointe and Skyview Landing. 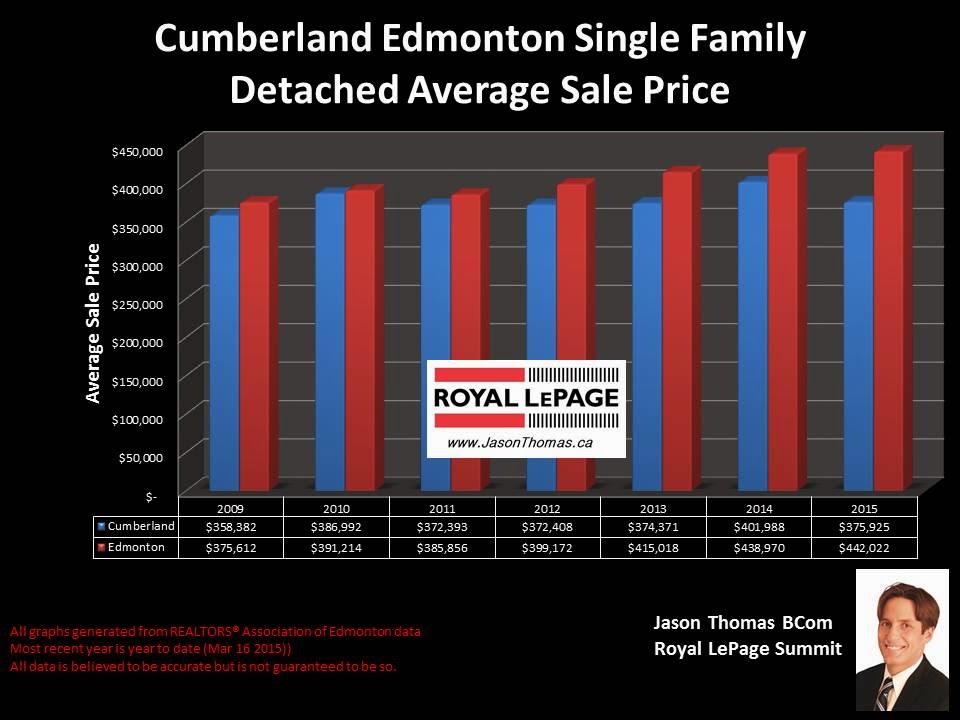