Click here for Downtown Edmonton condos for sale for current condo listings in the neighbourhood.  The average selling price for a high rise apartment style condo in Downtown Edmonton finished 2014 at $326,297.  So far in 2015, the average sold price for a downtown Edmonton condo has been $331,603.  High rise condos Downtown have increased by 12.4 percent from 2013 to 2014.  Roughly 50% of the sales in 2014 were high rise condos built in the 2000's and over 10% were high rises built in the last 5 years.  These newer buildings tend to sell for much higher per square foot.    The average selling price stats are based on what a high rise apartment sells for, other condo styles such as low rise (4 story or lower), townhomes and carriage style are not included in these average price statistics.  In the upper end price segment of the Downtown Edmonton high rise market, the most that a condo downtown sold for so far in 2015 was $650,000. This sale was a condo in the Alta Vista in Railtown, it was over 1500 square feet and had two underground parking stalls.   In the entry level of the price range for the Downtown high rise condo market, the most affordable unit this year has sold for $145,000.  That condo was a small unit just under 500 square feet, it was located in the Residence.  It is taking 42 days on average to sell a high rise condo downtown so far in 2015, that is quicker than the Edmonton average days on market for high rise condos in 2015 of 54 days.  Since 2009, high rise condo property values in downtown Edmonton have increased by 25%.

The downtown condos in Edmonton that were penthouses that sold in 2014 include only one unit in the Quest building off 104 avenue.

The condo complexes with the most sales activity, in effect that had the most high rise units sell in them in the last 12 months in downtown Edmonton  include: Alta Vista in Railtown, Cambridge Lofts, Cobogo Lofts, Capital Centre, The Century, The Cosmopolitan, Hillside Estates, The Horizon, The Icon, The Legacy, The Marquis, The Omega, The Parliament, Quest, Renaissance Place, River Vista, The  Ten, Symphony Tower, Valley Towers, and Vivacity. 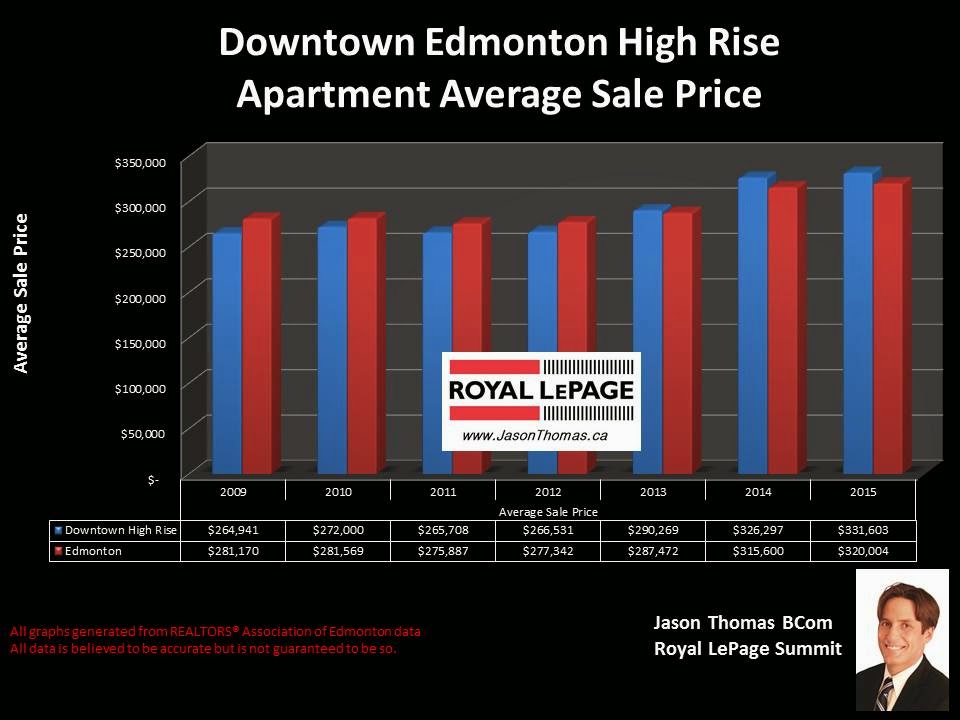 StevenHWicker said…
It is a very informative and useful post thanks it is good material to read this post increases my knowledge. Professional real estate services
16 April 2019 at 21:00